Kathryn Brimblecombe-Fox is an academic and a visual artist with long-term interests in cosmology, landscape and existential risk posed by militarised technologies. 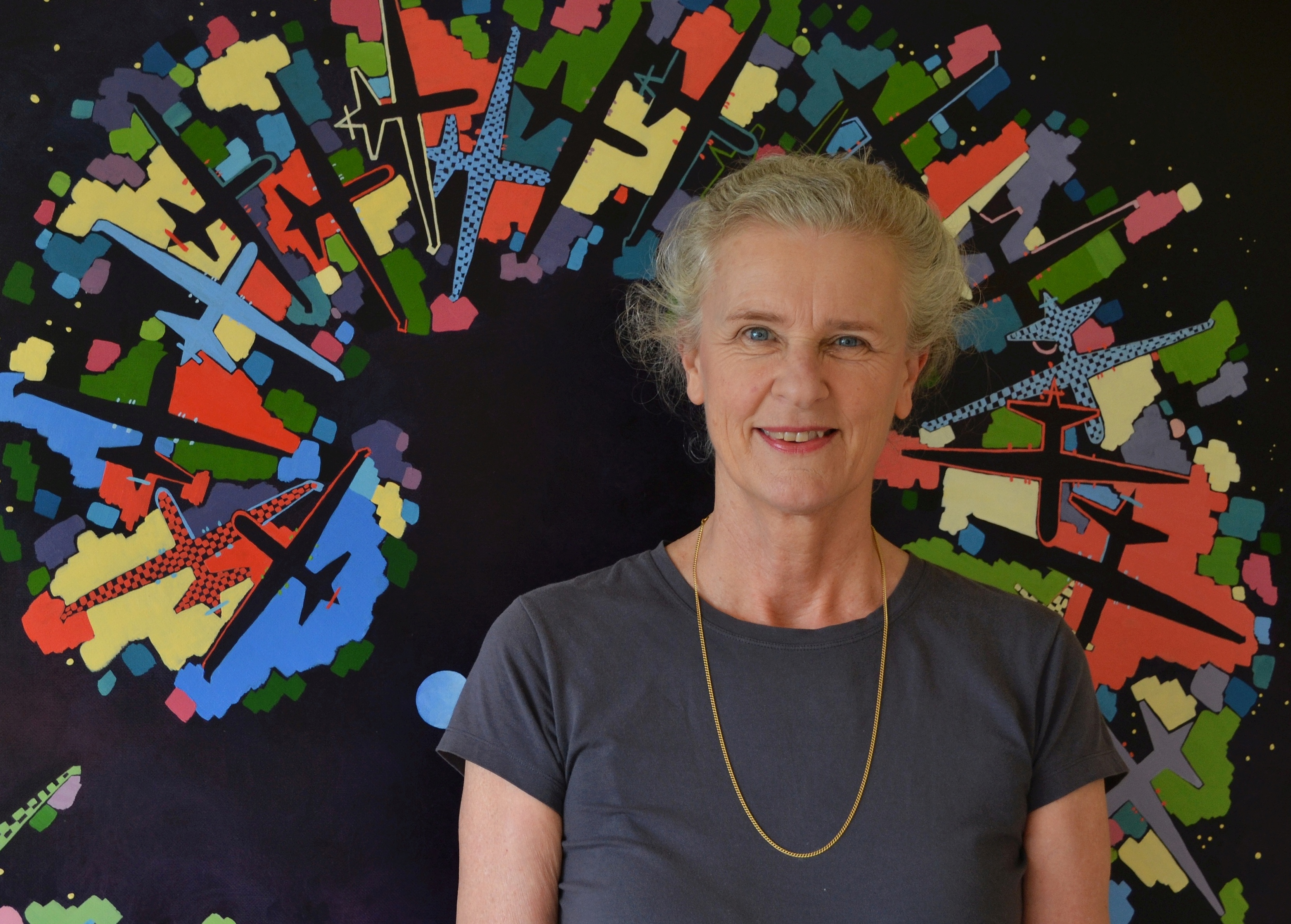 Kathryn Brimblecombe-Fox is an academic and a visual artist with long-term interests in cosmology, landscape and existential risk posed by militarised technologies.  She is currently a PhD student at Curtin University, Western Australia, having completed her Master of Philosophy at the University of Queensland in 2017 with her thesis, "Drones and Night Vision: Militarised Technology in Paintings by George Gittoes and Jon Cattapan".

Kathryn is an extraordinary example of someone who combines influences from both her parents.  Her mother, Elsie Brimblecombe, is an academic, writer and painter (and has also been interviewed for Brave New Women) and her father was a reclusive grain grower in western Queensland. While a farmer, Kathryn’s father was also a keen amateur radio operator, a HAM. In the early 1960s he built their first television set on the dining room table and, in a small way, participated in the space race as one of the HAMs around the world who helped track Sputnik 1 for the Jet Propulsion Unit in the US.

Our discussion ranged from the impact of growing up in the vast landscape of western Queensland, on her vision of the world, the influences of her parents and her grandmother, creativity, the role of art in triggering questions, and the current state of the debate on existentialism.

We finish with a far more down-to-earth discussion about the reality of being a single mother bringing up three girls and just how tough it was.