Harriet Spalding talks about the influence of her extraordinary parents, her work in cinema and finding her home in the cultural and historical richness of the Camargue 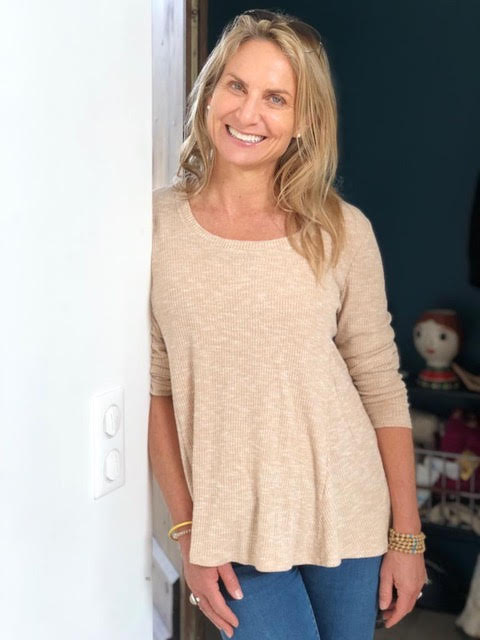 “On some level I felt like there is a part of me that is in a new location, a new scene, a new set of lines but it’s life, it’s not fantasy.

I feel like this is where I’m meant to be.  I’ve always felt like I’m on a journey to somewhere but I don’t think I’ve felt as at home anywhere else I’ve been than where I am now.  It just makes sense.”  - Harriet Spalding

Harriet Spalding has had an amazing life and admits that was largely due to the lottery of being raised by extraordinary parents.

Her mother, Barbara did her final school exams in a sanatorium, suspected of having TB in the early 1950’s, and came top of the state.  She went on to run the Victorian Council of Social Services (VCOSS), The Victorian Institute of Secondary Education (VISE), multiple State and Federal philanthropical organizations and culminated her career by working for the World Health Organization. She was awarded an Order of Australia in 2018 at the age of 80.

Her father, after completing 2 degrees simultaneously at Melbourne University, hitchhiked around Australia in the late 50s and then travelled again in the early 60’s to every single Aboriginal mission. One of the few people to ever have made the journey. He returned to Melbourne and quietly dedicated the remainder of his life advocating for the importance of acknowledging the ’true' condition of Aboriginal Australians and the misrepresentation of their history in educational texts. His expansive experiences on the road in Australian Aboriginal communities and his subsequent involvement in the Overseas Service Bureau aka Community Aid Abroad meant Harriet and her sisters were exposed to a diverse community of his ‘ friends’ during their formative years.

Harriet studied acting at the National Institute of Dramatic Art (NIDA) in Sydney, then went to the US, Mexico and Canada to work as an assistant director on international film and television productions.  She then worked with the formidable Australian Producer, Andrew Mason (The Matrix Trilogies and The Crow) to assist on International co-productions in locations such as Romania and France.

She lived in Aspen Colorado for over 20 years and started to teach yoga there.  She still teaches one or two classes a day.  She was asked to teach yoga in Arles in the south of France, which is where she now lives.

She talks about her love for the cultural and historical richness that exists in Arles and on life en Camargue, where she rides horses with the Guardians and the people trying to hold on to their deep love of traditions and customs unique to this region of the world.

Harriet is the creator of  “La Belle Vie Project”, a hospitality program for people who need time and space to work creatively:
https://labellevieresetretraite.mystrikingly.com/#gallery_4-8