May Baxter-Thornton talks about learning to have the courage to talk about the sexual abuse at the hands of her father. 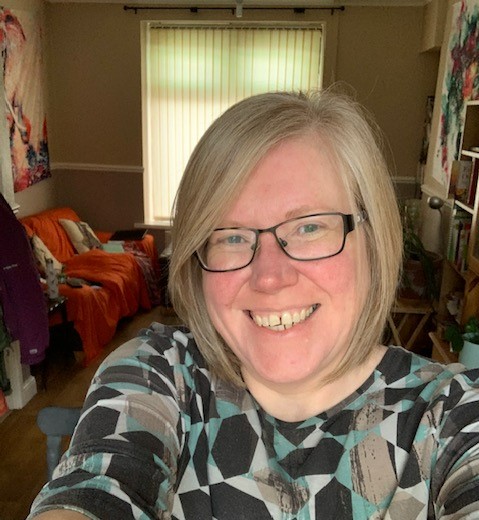 “It was when the leaders on the course were describing how a child would feel when they had been sexually abused and I remember thinking: I don’t need you to tell me this, I know already. This was the first time I knew, if that makes sense. It had never really dawned on me that that’s what that was. I had nothing to compare it to. When you’re a small child, you only know what the adults around you tell you. So I didn’t know that what I was going through was any different to anyone else. When you’re growing up with it, when you’re an infant, you don’t have anything to compare it to. You don’t have the life skills. You aren’t able to make those connections in the same way an adult can.” - May Baxter-Thornton

May Baxter-Thornton grew up in a coal-mining town in Wales. Her father, a promising musician, was sent down the mines when he was fourteen. He sexually abused May from when she was a young child to when she was about nine.

She talks about learning to have the courage to be able to talk about her sexual abuse openly, about the type of man her father was and about her memories of her childhood.

She talks about how difficult it is for children to say that they are being sexually abused, the signs to look out for and what we can do about it if we suspect that there is a problem.

She talks about her role as a member of the Victims and Survivors Consultative Panel for the Independent Inquiry into Child Sexual Abuse in England and Wales (for more information visit www.iicsa.org.uk or www.truthproject.org.uk).

We discuss the difficulties of managing a problem that occurs in the intimacy of people’s homes and whether the criminal justice system is the best way of stopping this behaviour.

May has a podcast called ‘Dragontart presents…’, this play on words embraces the labels used by society to demonise women. May discusses a different issue each week and it can be found wherever you get your podcasts.