Ella Etienne-Denoy, the CEO of Green Soluce, shows us the power of bringing together the public and private sectors in the fight against climate change. 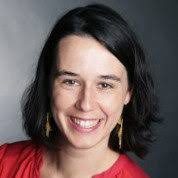 Ella Etienne-Denoy, the CEO of Green Soluce, shows us the power of bringing together the public and private sectors in the fight against climate change.

Ella's father is a French diplomat and her mother is Australian. She talks about her childhood, with postings to Belgium, Australia and Germany, and how she needed to adapt to different languages and different school systems.  After finishing school, she did a double degree at both a French management school, ESSEC, and in Germany, and was already interested in strategy, innovation management and sustainability.

When she finished her studies, she thought she was going to work for a large corporation in Germany, but decided to join an entrepreneurial venture: Green Soluce, a start-up in France.  She talks about how she developed a vision for Green Soluce and just kept on raising it until it was accepted by the investors and she was made CEO of the company.

She talks about the highs and lows of being the CEO of a growing company - the long hours and the worry about cash and paying the salaries of 20+ people, but also the freedom and the excitement of seeing her projects come to fruition.

She gives us an outline of Green Soluce's work in bringing sustainability into real estate and urban projects and talks through some of their most important projects.

Green Soluce can be found at:  https://www.greensoluce.com/